By:
Compiled by Vic MacDonald/Editor

A CORONAVIRUS SNAPSHOT - 591 cases in Clinton.

The county is listed as “moderate” by SC DHEC, so School District 55 will transition to “yellow hybrid” on Monday. That means one team will attend classes in-person Monday and Tuesday, and the other team will attend in-person Thursday and Friday - all other days are virtual-learning days.

A group, Laurens Loves Liberty, protested in front of the District 55 office last week in favor of in-person learning in the school district, District 56 has 5 days a week, in-person learning - there are less than 5 infections at Clinton Elementary School, SC DHEC reports; no other schools have reported infections (the data is updated each Monday).

In South Carolina, there are 414 infections associated with schools --- 130,917 infections and more than 3,000 deaths since mid-March.

There is a COVID-19 Testing Site on WEDNESDAY (Sept. 16), 9 am - 1 pm, at Chestnut Ridge Baptist Church, Laurens, for anyone who feels the need to be testing. This site is manned by Self Regional Healthcare (864-725-8220 to register, insurance will be billed, but there is no out of pocket cost for testing).

Multiple conservative grassroots organizations are set to descend upon the South Carolina State House in downtown Columbia, S.C. this week to protest an ongoing (and constitutionally dubious) assertion of executive authority in the Palmetto State. The groups will also urge lawmakers to “open up the state fully by removing the governor’s authority to make additional executive orders.”

“We’re going to go down there and make a little ruckus,” said Pressley Stutts, one of the event organizers. “It’s been six months. It’s time to open things up.”

Stutts is referring to the ongoing state of emergency in South Carolina tied to the coronavirus pandemic. This emergency was first declared by governor Henry McMaster on March 13, 2020. Since then, it has been extended on multiple occasions – even though McMaster lacked the statutory or constitutional authority to do so.

We wrote about this issue back in April, concluding that both state law (§ 25-1-440) and the S.C. Constitution (Article I, Section 7) outlined expressed limitations on the emergency authority exercised by the governor.

Specifically, state law limits the exercise of such authority to a period of fifteen days – barring legislative action to the contrary. Unfortunately, McMaster has repeatedly exceeded these limitations during hisdisjointed response to the pandemic … essentially declaring a new state of emergency every fifteen days in order to continue wielding this authority.

According to Stutts, McMaster and his acephalous health agency – the S.C. Department of Health and Environmental Control (SCDHEC) – have also been lying to the public about the extent of the Covid-19 threat.

“SCDHEC has lied to us on the stats – they left out 75,000 negative tests,” Stutts told us, adding “we haven’t even really had a DHEC director since this pandemic began.”

That’s true. McMaster’s SCDHEC director took a leave of absence when the pandemic first hit back in March – and resigned his post on June 10, 2020. 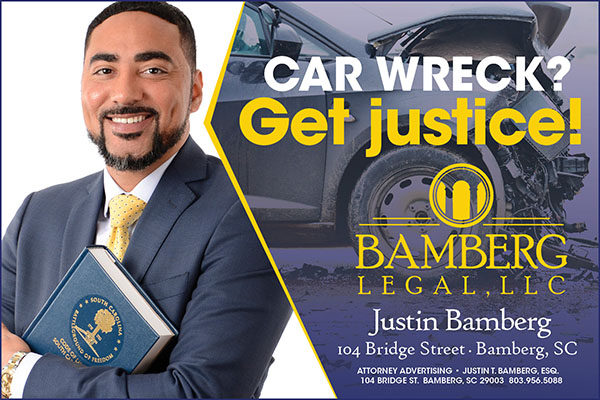 Stutts – a leader in the Greenville (S.C.) Tea Party – told us the costs of the pandemic-related lockdowns far outweigh the benefits of federal funding flowing into the state as a result of the governor’s repeated emergency declarations.

“Divorce filings are up, domestic violence is up, suicides are up, sex trafficking is up (and) businesses are shuttering,” Stutts said. “People are suffering and they are keeping us shut down so they can collect money from Washington.”

The protest will be held on the south steps of the S.C. State House at 10:00 a.m. EDT on Tuesday (September 15, 2020). Participants are encouraged to arrive between 9:30 – 9:45 a.m. EDT. According to an advisory for the gathering, several state representatives and senators will be in attendance – as will representatives of multiple grassroots groups including United Patriots Alliance, We The People SC, the New America Movement and SC Patriots for Liberty, among others.

“The people of South Carolina have been living under multiple and unconstitutional emergency executive orders issued by the governor since March of 2020,” an advisory for the gathering noted. “We are now in the sixth month of these onerous and burdensome orders which are based on deeply flawed and corrupt data from (SCDHEC). Millions of lives of South Carolinians have been negatively impacted and now is the time for the S.C. legislature to act by declaring that the governor’s orders must end immediately.”

Stay informed on our latest news!